The holiday season here in Columbus is no stranger to community happenings, and the up-and-coming Franklinton neighborhood was home to several of these events this December weekend. Holding the distinction of Central Ohio's oldest established town, Franklinton's fortunes have been historically adversely affected by its location on a floodplain (the area has been derogatorily referred to as "The Bottoms" over the years.) A formal Federal declaration to declare nearly the entire region as such in the early 1980s eventually fixed the recurring flooding problems (the construction of the area floodwall was completed in 2004) but led to a slow decline in population and abandonment of property when a concurrent halt to new construction was put into effect for that time period.

Recent efforts to revitalize the neighborhood have been steadily progressing, enough so to get national attention. The Atlantic, the prominent monthly magazine originally established in 1857 in Boston, featured the Franklinton neighborhood in a series of stories about the Columbus region overall:

Remaking Columbus's Most Downtrodden Neighborhood
How to Attract Artists to a Down-and-Out Neighborhood
Gentrification 'Without the Negative' in Columbus, Ohio

The facility at 400 West Rich is one of the main cogs of this effort to effect positive change to the area. While we had dropped by their Farmers Market before, we had not previously had a full viewing of the property that was provided by the fourth annual Festivus! event provided event-goers this weekend. Accompanied by a friend from out of town with Columbus ties, we were pleased to find a much more vast expanse (the space contains 100,000 square feet of space) than we had ever figured and the bastion of creativity that resides in the studios contained within. 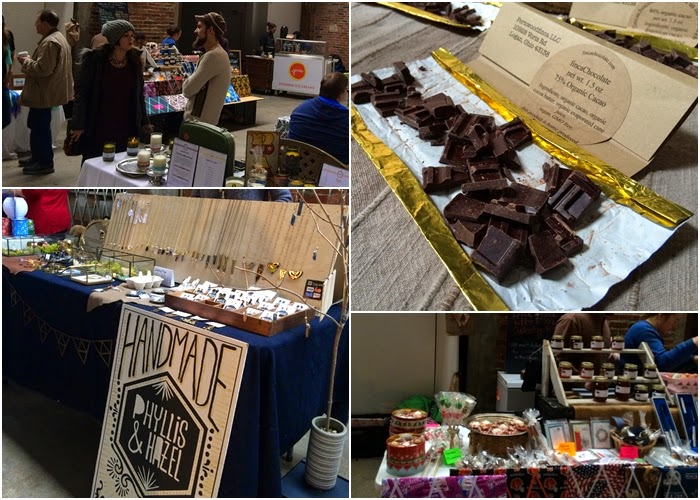