Ice Cream Chronicles (Pt. 9): The Little Shoppe That Could 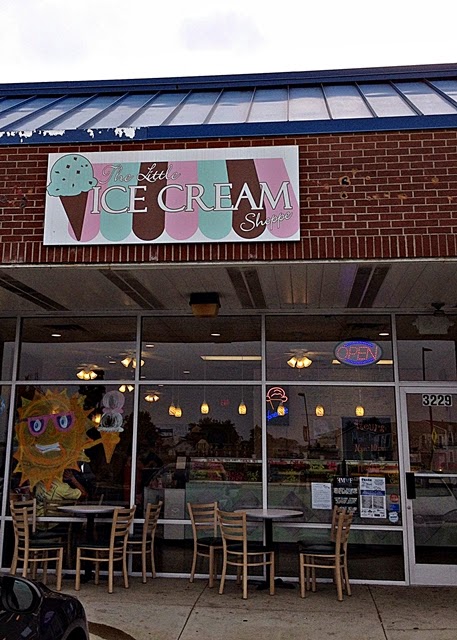 One thing I started noticing recently during my current summer ice cream crawl is that all the places I've visited were all fairly well established. Whit's Frozen Custard, covered in my last ice cream blogpost, is the youngest of the lot with just over a decade in existence. On the other end of the timescale, Graeter's Ice Cream has roots back to the late 1800s.

This made me think to myself: were there any newcomers around this area trying to make a dent in an area some have called the Capital of Ice Cream?

Enter in The Little Ice Cream Shoppe of Hilliard, a family-owned ice cream purveyor in the vein of the previously visited Mardi Gras which officially opened up for business at the doorstep of winter in December 2012.

This place is somewhat easy to miss upon first drive by: the store's sign doesn't really stand out against the somewhat non-descript exterior brick inlay which their resident Tinapple Mall sports. However, this bland exterior gives way to a neatly manicured but not uber-fancy interior that still hints at this business's still relatively new arrival onto the scene. This interior seems to have enough space to host a fairly decently sized birthday get-together or similar event. 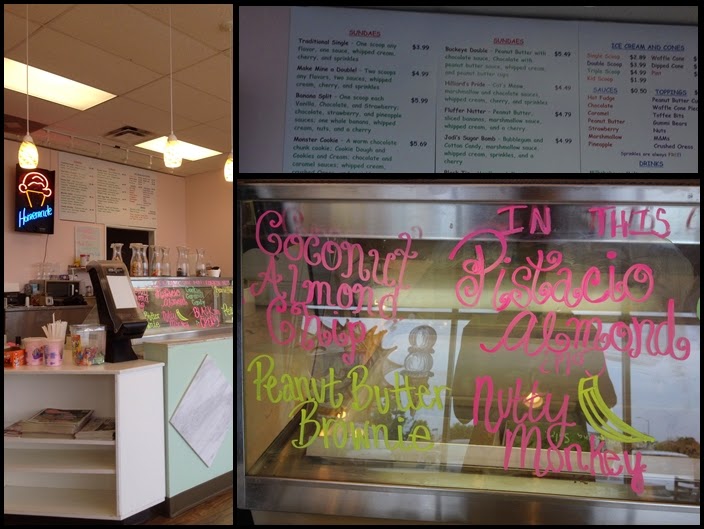 Ice cream flavors (the Shoppe sports 24 at any one time) are written freehand right on the glass display cases, which works in concert with similarly-styled artwork on the front windows. Sundaes are the main focus of the menu, with  floats and shakes also available as options. A freezer with pre-packaged pints is also available who need their ice cream on the go.

Flavors seem mainly oriented to kid-oriented palates with a few flavors geared to more "adult" palates (i.e. Dark Chocolate and Espresso Chip.) Some flavors have already become standards such as The Cat's Meow (I missed this one in my initial viewing) and Superman (a melange of various berry flavors and related colors that I'm thinking is a kid favorite.) 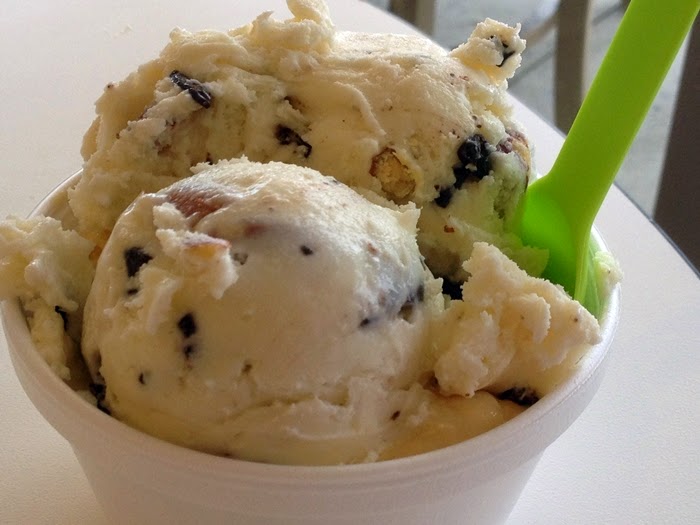 After a sampling of the latter and the Pistachio Almond, and not seeing my standard Butter Pecan available, I went on a whim and went with one scoop each of the Coconut Almond Chip and Dulce de Leche ($3.99.) The former was my favorite of the two, sporting a similar texture to the ice creams I had at Bexley's Johnson's Real Ice Cream. The Dulce de Leche might be a little sweet for some tastes, but did sport a lighter and creamier mouth feel with nice swirls of caramel within the base.

For me, The Little Ice Cream Shoppe is geared toward the kids and those families with kids. This has been a tried-and-true strategy for almost all ice cream places past and present, and there is absolutely nothing wrong with it. What may make the Shoppe become a long-term member of the ice cream society in the Columbus metro area lie as much with the product (solidly good, but not spectacular and/or gourmet based on my first tastings) as it does with another equally important aspect: the people associated with the product.

My visit took place during a lull in the foot traffic, and shortly after I had settled down at my seat to eat my scoops, the only person left in there was my server. Frankly, I would've been just fine with finishing my ice cream by my lonesome for my time there, but my server was intent on putting a friendly foot forward. For the next fifteen minutes or so, I engaged in a completely (and pleasantly) unexpected conversation with this young man while I ate my sweet treat.

I noticed a recent Facebook post from the business thanking their workers who were returning back to school (this young man would be included in this group.) If this server is typical of the friendliness of people associated with The Little Ice Cream Shoppe, I would say this aspect, combined with that initial passion to start from scratch and the production of solid quality ice cream, tilts their odds of reaching that previously mentioned decade mark in their favor.