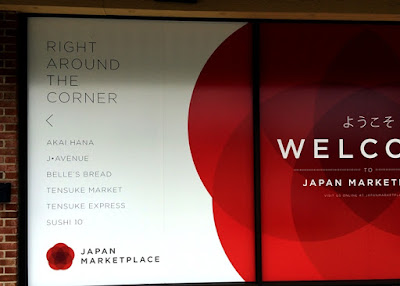 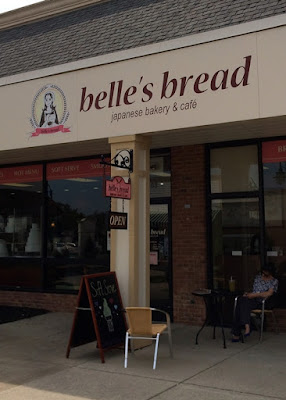 For this post, we focus in Belle's Bread, which touts itself as a Japanese bakery and cafe. Now, to posit it as a mere ice cream place would be to sell Belle's well short, but it is indeed their soft serve ice cream which drew me here in the first place.

It's almost mandatory to start off with their refrigerated glass case, where tantalizing mousses, cakes, and other sugar-laden creations hold court.  You may see hints of the bakery's Japanese origin come through here with mentions of ingredients like green tea in the small print, but with your visual cortex on overdrive here, you may not notice these subtleties. 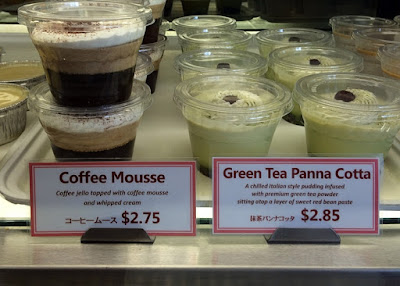 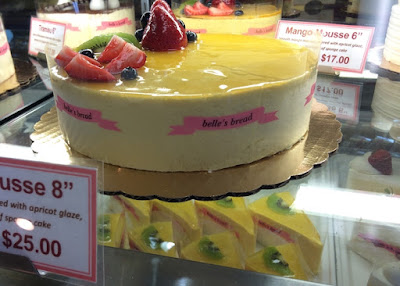 The grab-and-go bakery section really makes that cultural distinction fairly clear. Yes, you will find the familiar (to the typical American consumer, anyway) things like loaves of bread, croissants, and danishes, but then you find half of them feature a Japanese twist, with flavorings like red bean, curry and boiled egg, and taro, or just in the construct itself, such as the irresistible An Pan Man, a roll that is based on a Japanese cartoon character. 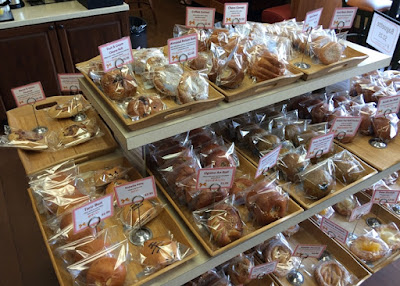 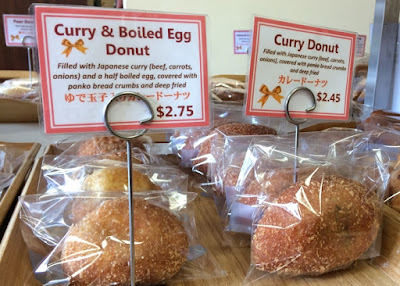 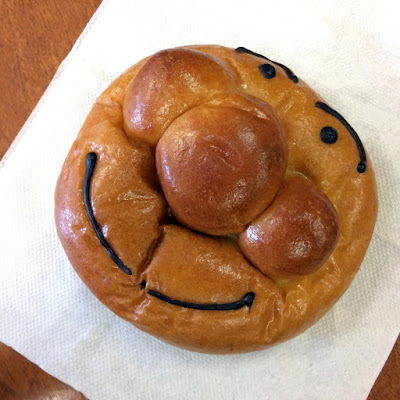 The eatery's lunch menu truly offers the chance to dive into Japanese takes on familiar food items. Some seem pretty straightforward, such as the Belle's Burger (which does throw Tonkatsu sauce into the mix), while others offer an intermediate-level test of how adventurous your culinary palate is, like the Cod Fish Roe Spaghetti (noodles with cod fish roe, lemon juice, butter, and dried seaweed) or the Shrimp Pizza Toast (pretty much as it sounds.) For what its worth, the Japanese version of spaghetti with hot dogs (their Neapolitan Spaghetti) is quite enjoyable and a more accessible version for the first-timer than the Filipino rendition (which adds sugar and bright-red wieners into the mix.) 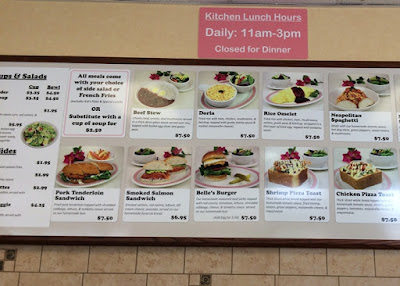 Oh yes, we can't forget about the ice cream. Belle's Bread offers three soft serve flavors in their vanilla, affogato and green tea, which is a relatively modest selection. But it is that fourth option, where you can twist the vanilla and green tea together, that is the perfect blending of American and Japanese, of fancy and simple, of sweet and astringent, in perfect harmony upon your standard cone. I normally eschew the cone with my ice cream, but this is the one frozen confection offering where I will always get one, just because, well, it just seems right. 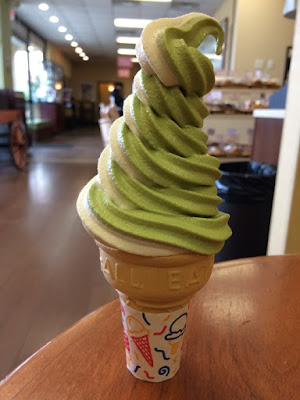 There's a lot that's right about Belle's Bread - all you have to drop by and find it.