Five Years in the Books

Columbus’s Asian Festival, set again for Memorial Day Weekend this year on May 25th and 26th, represents a couple of important reference points for yours truly. One was finding out how truly few of folks like me were here during my first visit: the city where I grew up in California, despite having numerous times less folks than Central Ohio's population, has roughly eight times more folks with my background.

The second is it marks off another notch on the years I’ve been doing this blog. With this upcoming weekend, that will have been five in the book, the furthest I’ve ever taken a blog.

There are hundred of ways I could branch off from here, but I thought I’d just leave it simple. Thanks to all of you who have followed along, and I hope I can keep you entertained by our ventures and my writing as we go into year six. 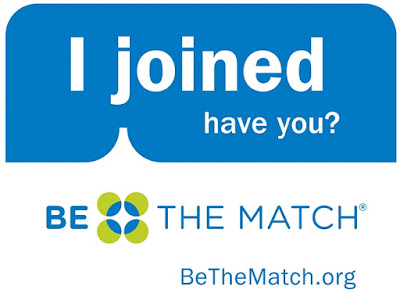 I also decided to continue something that I did last on my blog anniversary, by pointing out a couple of special causes for me. One that applies fairly universally to you out there and will always remain near and dear to my heart is the importance of bone marrow registry, via BeTheMatch.org and the National Marrow Donor Program. I was fortunate enough to not only get on the registry, but also found a match for a young child in need. The initial process is as easy as they come, and the registry can never have enough members, especially those who are certain ethnicities or mixed-ethnicities. If you have not considered joining the registry, I encourage you to do so.

The other is more geared locally but the notion is one that pretty much can agree on: Cancer Sucks. This notion has hit home for us more than ever this year, with various folks we hold dear to us undergoing their own fights with this dreaded malady.

The power of people when they come together in a cause shines brightly here as well. I’ve found the brewing community here in Ohio to be overall some of the best folks around, and the way that they’ve come together so quickly for one of my own family members, Patrick Gangwer, the head brewer at Three Tigers Brewing, has been nothing short of awesome.

Both the local and state-wide community have come together over the next couple of days (Thursday May 23 and Friday May 24) for a fundraising effort. If you can, come by and have a brew or two at one of these participating breweries, or if you wish, consider a donation directly to the family to help in the fight. Links to these efforts are listed below.

Also awesome are the people who come together to run and race Pelotonia. This charity bicycle event, which raises funds for cancer research, contributed over $27 million to the cause last year alone and over $180 million since the event started in 2008.

I know three folks who are riding in Pelotonia this year and wanted to link their pages here as well to help their causes out. A contribution to them, a rider you might know in your own personal circles, or Pelotonia itself just may provide that key research or discovery that puts cancer firmly into the category of fully treatable and completely survivable maladies.