Growing up, oatmeal was neither fancy nor glamorous. Soup could be sublime and occasionally spectacular, but generally wasn't the headline grabber either. But those two items remind me a lot of home in the olden days, because they were family staples in one fashion or another.

A lone familiar aluminum pot on the stove accompanied with a set of bowls on the counter top beside it became the familiar sign that oatmeal was available.  Sometimes, I would venture into the breakfast cereals, or I knocked out a grilled cheese when I felt ambitious. However, despite not being a fan of mushy textures (like many others), I grabbed a bowl of steamy oatmeal more often than not. 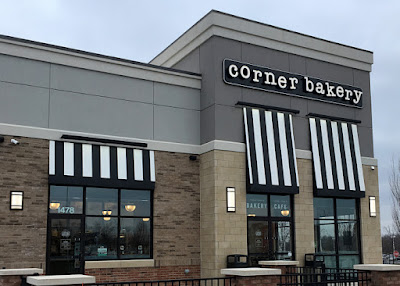 Corner Bakery, which has its roots in Chicago, is not unlike other national chains like Au Bon Pain or Panera, probably the king daddy in this realm in terms of numbers. But way before when "fast-casual" emerged into the popular parlance, my first encounter with this eatery took place near Union Station in the nation's capital, Washington DC, in the early 2000s.

New to me also was the concept of a business trip, my first ever in any capacity. Also new was a revised food focus. encouraged by the subtle but clear-as-day exasperation of my doctor. At my physical months before my trip, he mumbled "you really could stand to lose a few pounds" as if he was expecting I would show up another ten pounds heavier on the next visit (I am happy to say that I showed up significantly lighter in weight on each subsequent physical for the next few years.)

I certainly wasn’t expecting any food revelations at Corner Bakery - familiar breakfast options, slightly more refined than their fast-food cousins, called my name, but they were generally more decadent than I wanted. I spied the parfait in the refrigerated section, but my eyes averted instead to something that looked familiar (but not quite) in a plastic cup nearby.

I read the description: Swiss Oatmeal. Huh, cold oatmeal? At home, cold oatmeal was an excuse to return the bowl to the microwave and blast it for a couple dozen seconds. A cold version seemed incomprehensible, not to mention add-ins I had never even considered adding to an oatmeal, such as yogurt, chopped apples and nuts.

I said what the heck, invested in a cup and got hooked. So hooked, in fact, that their Swiss Oatmeal acted as my de facto breakfast that entire week. After I got back home, I tried like heck to replicate the recipe at home to varying degrees of success. I hadn't been to a Corner Bakery since then, so when the eatery announced that they chose Columbus to open up a prototype "cafe" version of their store in the Polaris area, I knew I had to hit up that oatmeal once more for a little reminiscing. 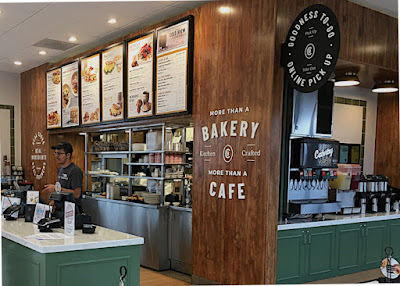 As I scooped in each bite this time around, I mentally conceded that I still can't quite match how Corner Bakery makes up its Swiss Oats. However, knowing I can come close will prove good enough on most days.

In addition, the other items I've had here match up well with their counterparts at Panera, including a cinnamon roll that tastes a lot better than appearances would indicate. Considering that Polaris dominated by chains, Corner Bakery isn't a bad choice if convenience or circumstance dictates your first meal be had in the area


On the other hand, soup lends itself to more variety. Every cuisine seems to have a signature soup, and even the simplest of creations can be heavenly (I still to this day can't believe the level of flavor I got from the Cauliflower Soup from Healdsburg, California's Barndiva).

Perhaps my most anticipated signature soup while growing up was my grandma's Wonton Soup. Prepared only for special occasions, this soup was for the longest time strictly the realm of my grandmother.  She deftly and painstakingly molded the wontons (not an easy feat, as I found out a couple times when I tried my hand at it), then added in homemade chicken stock, chopped bok choy, ginger and garlic, scallions and shrimp (I tended to ignore the latter). In the end, there was a typically huge pot of magic on the stove that would almost always be devoured well before dinner was done. 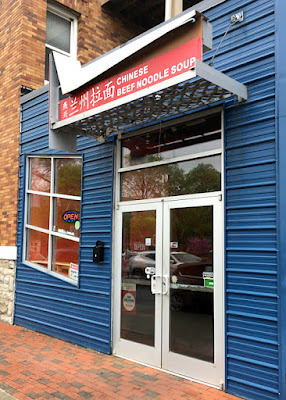 Chinese Beef Noodle Soup, also known as Lan Zhao Noodles, is located near the Ohio State University campus and fits the hole-in-the-wall stereotype quite well. You can dine in, but the interior is merely functional, and definitely not large nor luxuriant. In many ways, this eatery is perfect for take out orders, which were plentiful on my first ever visit. During busier times, the clatter of cookware and the tonal give-and-take by the kitchen staff (I'll presume it was Mandarin) provided a constant but not unpleasant audio din. 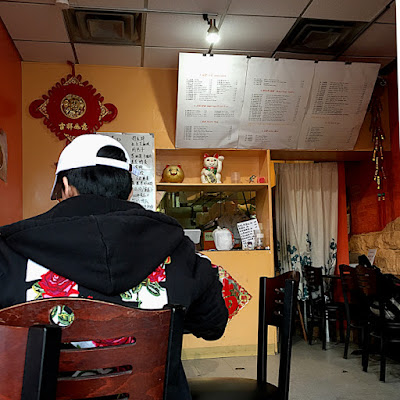 Yes, Chinese Beef Noodle Soup has its namesake soup, along with dozens of other soups containing all manner of ingredients, from numerous variations of pork to pig ears, scrambled eggs to string beans, and more. If soup isn't your thing, various mains, along with a few select Americanized options, are also available. 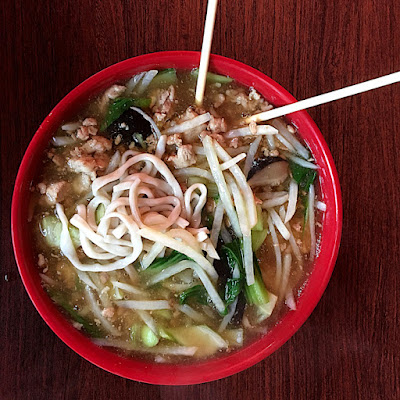 Maybe I should have ordered this eatery's namesake dish on my first visit, or maybe I should've ordered the Pork Wonton Soup (I went with Shredded Pork & Potato Noodles,) But I don't think it would've mattered what soup I ordered on this visit because, in the end, the first slurp brought back an era long past. Similar to Anton Ego in Ratatouille, I felt myself transported back home, much younger and inexperienced about life, surrounded by family and cradling a big bowl of my grandma's hot, steamy Wonton Soup in my lap.

Yes, those days are long past gone, but the reminiscing is always there. And my visits to Chinese Beef Noodle Soup have just begun.