The Fifty and The Familiar

My quest to expand my food horizons came relatively late in my life.  I can't do much nowadays about several dozen too many pursuits of Mickey D's Big Mac combo meals and other items I chose for frugality and convenience (but not necessarily taste) in my younger days, but I'm still firmly in "making up for lost time" mode.

However, like someone who's just pulled his fifth beer from the lone six-pack in the fridge, I've realized my time in this mode might be limited. As much as I'd like to be like a Simon Majumdar (who just celebrated his 55th birthday and is still going strong exploring the world and its cuisines), my body has sent signs it's ready to slow down a bit. Big portions, while nice, haven't been mandatory for my culinary pleasure for awhile.  Eventually, the doc will tell me that caffeine from my 1-2 cups of caffeinated coffee must go the way of the dodo bird, and my insides will eventually convince me that capsaicin and all its blazing, sweat-inducing glory isn't a good idea.

Interestingly, a recent opinion piece in the New York Times by Frank Bruni encapsulated this feeling quite well, saying that reaching the age of fifty has changed his perspective on dining.

Formerly attractive things to Bruni like a buzzy atmosphere, communal dining, and the chance to share numerous dishes have lost their luster. As he writes, "Virgin sensations are less important; knowing that you’ll be able to hear and really talk with your tablemates, more. If having that reassurance means patronizing the same restaurant over and over, so be it...Loud is no longer exciting. Trendy is overrated."

That feeling is echoed later in the article by prominent cooking personalities like Ina Garten and Mo Rocca. Rocca himself states that he'd rather eat at a place that more resembled a library these days than anywhere else.

Numbers-wise, I do fall generally within Bruni's stated age range, but for now I'm not ready to give up the pursuit of the unfamiliar quite just yet. 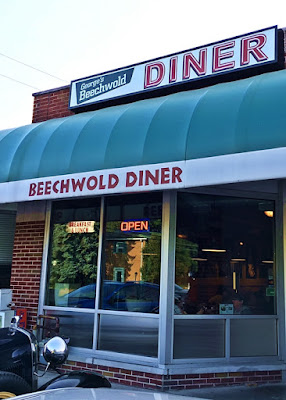 Perhaps it's this eventual philosophy change that fuels and sustains the longevity of the neighborhood diner.  When we first stopped by George's Beechwold Diner, we were firmly into the fancy brunch stage, so the firmly-from-a-can corned beef hash we had on our first visit, while well prepared, was something of a disappointment. However, the march of time and subsequent visits have made us realize that the diner's lack of fussiness and sense of the familiar which helps fuel the return customers.  Fancy with a diner is an unexpected bonus and notable, but it isn't mandatory.

Debating who has the best diner food for the price is something of a esoteric exercise: for the Columbus resident, is Beechwold really better than Wildflower down the street?  Fitzy's? Tommy's? (George Cela, who purchased the diner in 1990, earned his restaurant chops at Tommy's.) Barring completely incompetent food (which has not been the case at any of the places mentioned prior) and outrageously overpriced dishes (again, all the places mentioned prior have no such problems), your favorite diner really resides in the everything else.

Decor? Beechwold Diner's narrow interior space features all the requisite Fifties-era, Ohio State, and Hollywood memorabilia on the walls. The ad-splashed Formica counter area sports stool-style seating, with ample condiment stations and glass domes featuring cakes and pies. The booths on the opposite wall are better suited comfort-wise for two people, but could also handle a child or two in tow in a pinch if needed. 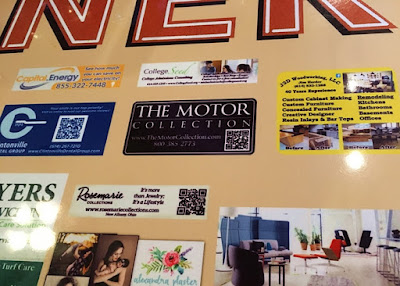 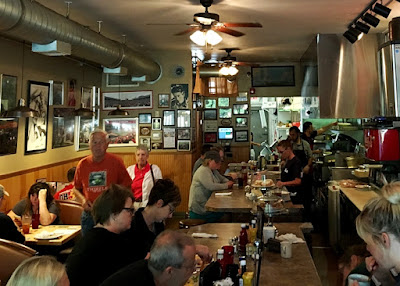 The personal interaction between those who work here and the regulars is as strong as any other diner I've seen, but we've never felt out of place as less frequent customers. Two particular interactions caught my eye during our visits: on one visit, one regular female customer was audibly not happy with how her meal went, and wanted to talk to the diner's namesake/owner George himself.

The back-and-forth seemed between the two seemed a little tense at first, but in the end there was only a sense of relief and satisfaction on both sides. Working out an issue like grown adults is always good to see, and for me, seeing it in a semi-public setting reinforced my sense of the diner's hospitality and level of service.

The other interaction was with a regular customer who sat next to us who had brought in his own rather large mug typically utilized for a cold beer. The presence of this mug for me is the optimal encapsulation of one's perfect diner. The perfect diner for you isn't necessarily the one with the best food in the world, but rather the one that knows what your beer stein is for (in this case, copious amounts of coffee) and is perfectly happy to fill it (not only because it makes you happy and brings you back as a customer, but also because it saves them a trip or two to refill it.)

I've got a beer stein at home...hopefully I'll still be drinking caffeinated if I decide to bring it by a place like Beechwold.