A Sampler: Last Bites for The Nearly Departed

I do not have a long history in Central Ohio, but I have come to appreciate many aspects of the area's history. As a food blogger, this appreciation naturally extends to the area's restaurants, and it came to the forefront during a recent visit to the indoor version of the Worthington Farmers Market. Here, I spied a table selling sauces and other products related to the Florentine Restaurant, an eatery whose 70+ year run as an area institution ended somewhat unexpectedly in December 2016.

Sadly, we never did stop by the Florentine before its demise, but the sighting of the table (we did pick up a bottle of salad dressing we're eager to try) did remind me that it was time to clean up my photo holdings to send some eateries I've visited over the years but never blogged about to the "Nearly Departed" category.  As I performed the archiving, I thought it might be fun to take a peek at some of these places. 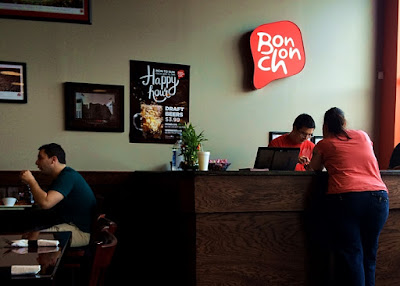 Bonchon - this Korean-based chain had a bit of a weird history here in Columbus, arriving with some manner of anticipation with their vaunted Korean Fried Chicken in 2015. However, food safety issues plagued the Sawmill area location, and their second Clintonville location (pictured above) never seemed overly packed whenever we visited.

Both locations closed fairly suddenly in 2017, with (the irritatingly-named to some) Blunch taking over their spot in Clintonville. Their Bull Dak below was a decent enough dish, but not enough to usurp their headlining fried chicken in our minds. 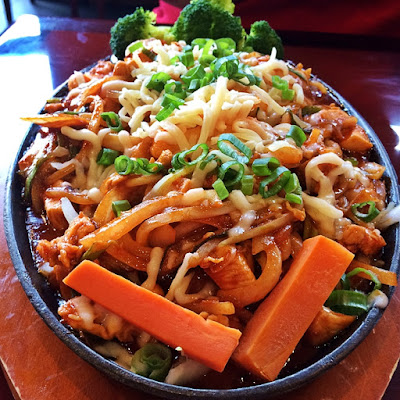 Hot Chicken Kitchen - This franchise set up its prototype location in Hilliard in June 2016, essentially attempting to become the fast-food version of the then hotter-than-hot Nashville Hot Chicken wave.  Yes, the food did come out quicker, and there was a fair amount of variety on the menu, including a selection of salads. All-in-all, I saw it potentially preferable to fast-food places like KFC or Church's, but overall it was nowhere close to matching the goods put out by Hot Chicken Takeover, the king of Nashville-style chicken in the Columbus area and one of our favorite places to dine in general. 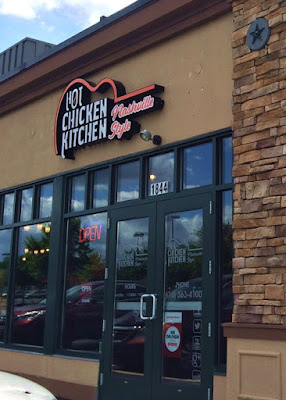 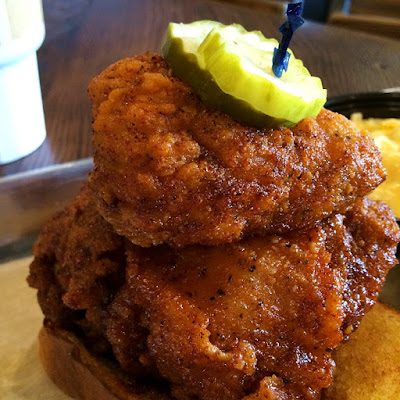 Apparently, the eatery didn't entice enough folks close by to stop in over the other chicken-oriented places in the area, and closed up in October the same year. Rumor has it that a Woody's Wing House might be in the works at the currently vacant space. 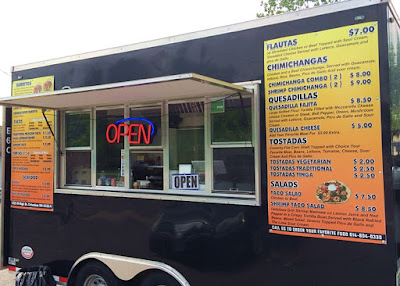 The Taco Trucks of High Street - a Columbus taco aficionado might be a bit baffled at this one; in reality, taco truck activity has never been terribly heavy along the (lengthy) length of High Street since I've been here. One will find far more legit taco truck targets traveling through the Northside along Route 161 or Morse Road as well as the Westgate/Hilltop area. 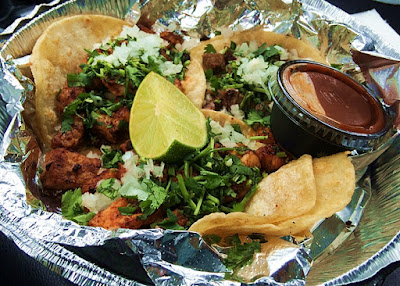 But I'll take them as when I can find them, and El Conquistador wasn't a bad food truck at all during its several month stay in the parking lot of what is now Donerick's Pub. The tacos were better than average, and for a brief moment they provided a welcome Mexican presence where Columbus and Worthington meet. 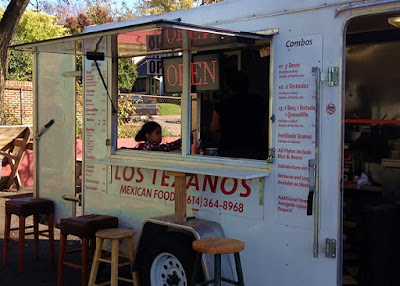 Even weirder was the brief appearance of Los Texanos, which ended up being one of many food trucks to occupy the Super Food Mart parking lot (past occupants include Mya's Fried Chicken and Sobremesa) but ended up being its shortest-term occupant, maybe lasting all of three weeks at most. Perhaps it goes along with their nomadic nature - this old Taco Trucks Columbus blogpost documents their numerous locations from 2010 through 2014. Currently, Los Agavez resides in this spot and based on my first sampling, they're worth a visit. 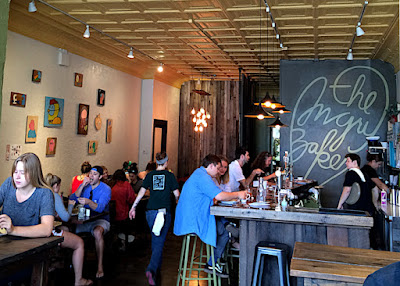 The Angry Baker - The entity that is The Angry Baker, known for their vegan and vegetarian offerings, is still alive and well, both in its original Olde Towne East location as well as their smaller Angry Bakery stores in the Short North neighborhood and the newly opened Upper Arlington location. But their now closed Victorian Village location hosted a bit of a quest for me in terms of finding vegan and vegetarian entree-style dishes that really spoke to me. 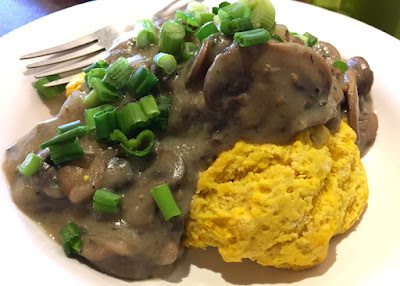 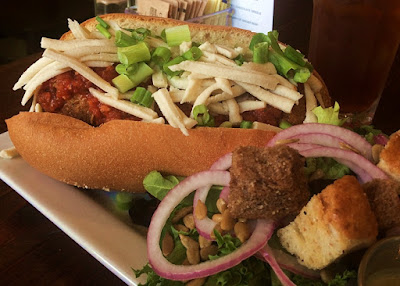 So far, the Fork and Knife Burrito (which we had at the very first dining experience at their original OTE location) has not been supplanted, but the Biscuits with Mushroom Gravy and the Vegan Meatball Sub were more than worthy dishes. What the closing of the Victorian Village location (now occupied by Alqueria) does is blunt this pursuit of mine a bit (their OTE location is fairly tiny as a dine-in space), but I can take consolation that their tasty pastries are within fairly easy reach.

The Angry Baker can be found at their original flagship location at 891 Oak St. in Olde Towne East, as well as their Angry Bakery cafes in the Short North (1247 N. High Street) and Upper Arlington (1962 N. Mallway Drive.)  Follow them on social media via Facebook, Instagram and Twitter.
Posted by Joe