After debating the scope of this, I decided a simple sampling of various local donut shops in the Central Ohio area (or at least ones I could find a posted menu) would suffice in getting a rough idea of this number. As it turned out, I ended up with a group of nine shops that were nicely scattered throughout the Columbus area and surrounding cities.

The list, you ask?  Well, here are the shops (in alphabetical order) and their listed donut offerings: 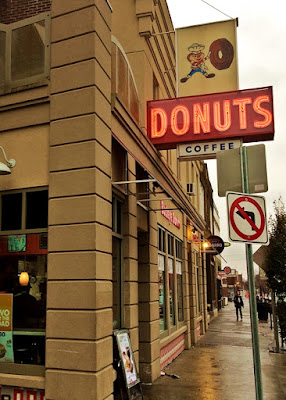 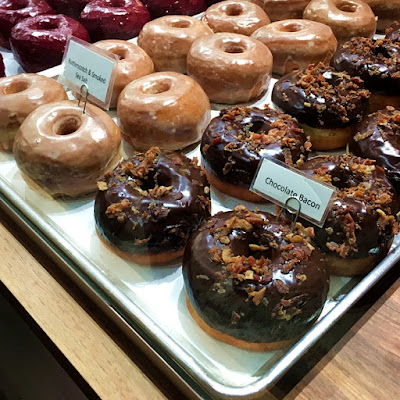 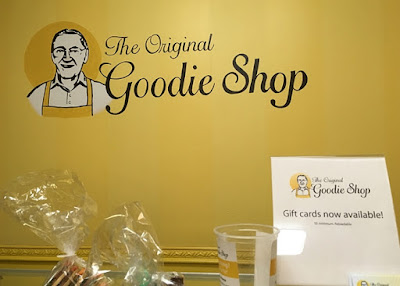 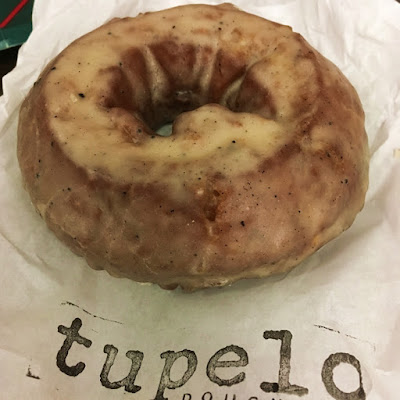 Adding it all up, you have 200+ different donuts you can try at these 9 locally-based donut shops.  Interestingly, the Destination Donuts picture above shows two flavors that aren't on their scrollable menu; add in other specials for the holidays, and you realize this is just the minimum number. Add in the offerings at places like Duck Donuts (we calculated 308 possible combinations) and Amy's Donuts (139 variations, by our count), plus other locally-based and chain donut shops, as well as supermarkets with donuts and bakeries with select donut offerings, and your total donut options in this area easily top the four digit level. 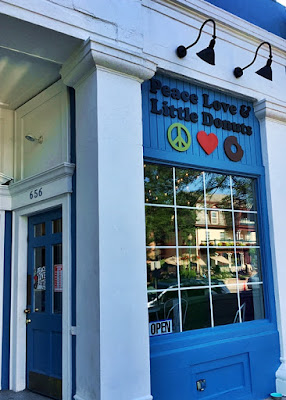 If the thought of all those donuts makes your belly full, but you still want to urge to explore, Peace, Love, and Little Donuts gives you a perfect option.  Originating out of Pittsburgh, this franchise with a distinctly (and intentional) hippie vibe came calling to Central Ohio in July 2017, setting up shop in a rather narrow space in the historic downtown area of Worthington. 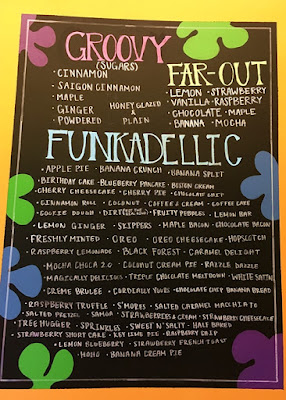 Specializing in gourmet mini-donuts (the result, as the story goes, of a mis-assembled dough extruding machine), Peace Love and Little Donuts organizes its choices in both in simplicity and price, featuring Groovy (the eight base models from plain to sugared to glazed) to Far-Out (the eight iced varieties) and the 44 Funkadelic fancy choices that range from PB&J to Raspberry Truffle to Salted Chocolate Macchiato and many, many more. First timers to the store who might be hesitant (or not) are given some extra sweet incentive to buy some of their wares with a sample donut. 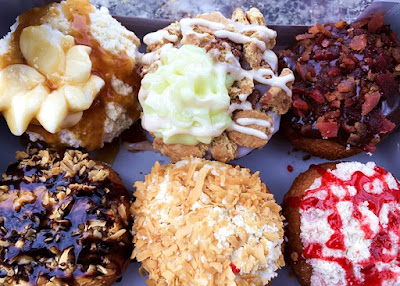 Donuts are prepared once the order is put in, which means a bit of a delay; however, on our visits, we've never had to wait too long for our creations. These mini-donuts are far more manageable than the usual suspects, offering creative flavor combinations and allowing you to more easily limit your caloric intake than the traditional behemoths.

Peace Love and Little Donuts also offers a small selection of beverages to wash your donuts with, but one of those is not coffee (from what I was able to tell, anyway).  Since I enjoy coffee with my donuts, I'd drop by one of the nearby options like Sassafras (with their new enhanced coffee program via Brioso Roastery), Highline Coffee, or RIDEHome to grab a cup. By the end, you might be happily improvising more "Seasons of Love" lyrics like these:


"In sprinkles that you ate
Or in rings that you fried
Long Johns devoured
Or the fritters you tried
It's time now to dine out
Though the story never ends
Let's celebrate, enjoying donuts
With your favorite friends"