Like music, my vegetable perspective evolved as I grew older. I discovered fresh spinach was way better than the steamed-to-death versions I got at home or in elementary school. Icebergs were far more impressive as frozen water than as lettuce in salads. And the horror stories I heard about Brussels Sprouts appeared overblown when my spouse, back then in our dating phase, ventured into San Francisco's Delarosa Restaurant in their Marina District and had their delicious version, crispy and lightly charred and accompanied by a lovely caper aioli.

Lately, my view about vegetables mirrors my view on music - my options are many and I'm willing to venture into new realms, but haven't dived in as much as I've liked, or should. However, with a recently revived focus to get back to some healthier habits, a place like Little Eater has turned into a more frequent destination for both me and my spouse. 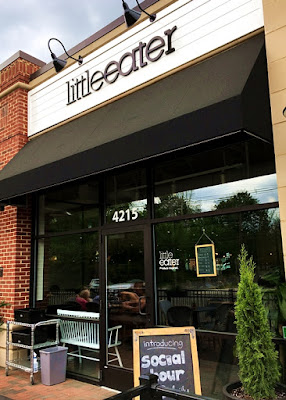 I have written about the North Market's location of Little Eater, established by Cara Mangini, on this blog before on March 2016. Since then, the success of that stand and her cookbook "The Vegetable Butcher" has allowed Mangini to open up a brick and mortar dine-in location in Clintonville, a location that happens to be far more convenient for us.

The modern mini-strip mall in which Little Eater resides provides diners with a choice of tasty, diverse, and well-known locally-based eateries. On the north side of Deland Avenue along High Street, you can balance out Jeni's Ice Creams frozen confections with the socially-conscious, locally-focused dishes of Northstar Cafe. Meanwhile, south of Deland brings you Hot Chicken Takeover's decadent Nashville-style fried chicken offerings and the farm-fresh vegetarian creations of Little Eater. 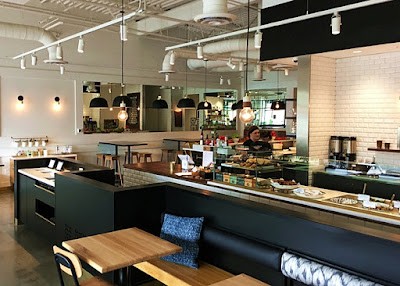 Little Eater's standalone space transplants the feel of its North Market space and brightens it, with windows that allow in lots of natural light, the familiar white tile, and stylish wood tables and seating. Plants and upholstered furnishings add touches of color to the interior's predominantly black and white motif.

Similarly, containers of those familiar vegetable scoops, featuring seasonal produce, stand poised at the front counter, but here they are joined by displays of tempting house-baked pastries, adding a chance to be a touch more indulgent if one chooses. 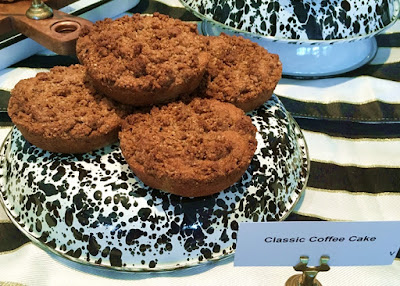 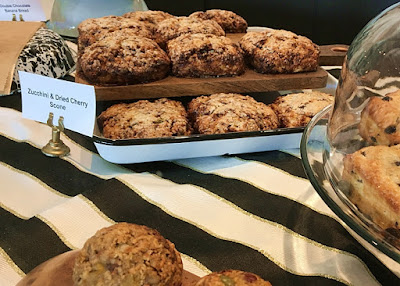 Little Eater offers a selection of menu items covering all meals of the day, from frittatas and quiches, soups and sandwiches, various toast creations, and plenty of vegetable-oriented creations and so far, we've enjoyed everything that we've had the opportunity to try. This eatery will never satisfy those looking for big hearty breakfast, but for us, their goods are perfect fare for a lighter start to the day, or perhaps a smaller meal to tie us over to a larger dinner later in the day. 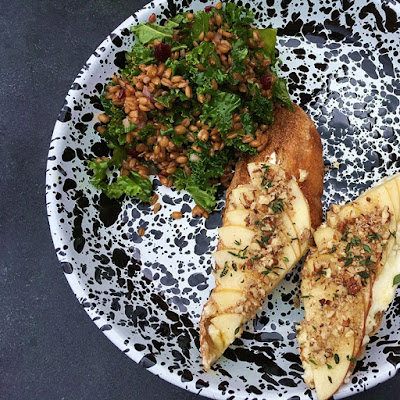 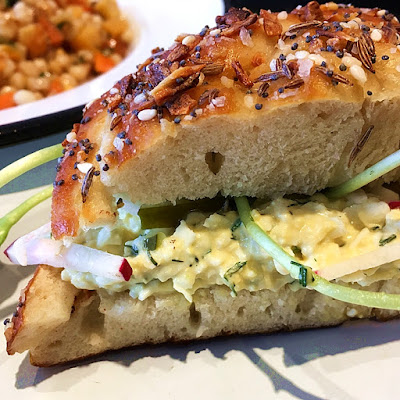