For those unfamiliar with the San Francisco Bay Area, the "Casual Carpool" was and is a familiar concept to numerous area commuters.  Essentially, anyone driving a vehicle into or out of San Francisco who needed passengers to (legally) cruise the carpool lane would drop by designated pickup spots, typically at area Park & Ride lots. There, they would find commuters who either weren't keen on driving themselves and/or didn't want to pay a transit fare.

As it turned out, there was one very talkative driver in a small pickup that by sheer coincidence I'd ride with every 4-6 months. It turned out this was enough time to advance the narrative that he had shared during the last drive, whether it would be a new job assignment, family-related issues, and possible future developments.  Interestingly enough, this unique "several months later/new developments" has been duplicated over here whenever I've dropped by Java Central in Westerville. 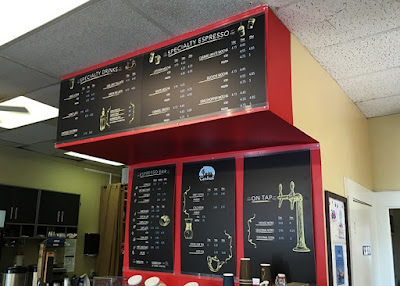 I admit I didn't think too much of Java Central when we first visited. The coffee was perfectly fine for a small town cafe (better than Starbucks = okay in my book), but what struck me more was the cafe's interior space.  The front room falls right in the vein of cozy small town hangout, but there are actually a multiplicity of mini-environments to sip on your latte and relax farther back. Add in the artwork (not unlike other coffee places, the cafe features arts and crafts from various local artists) and you end up with a welcome addition of panache to the standard coffeehouse blend. 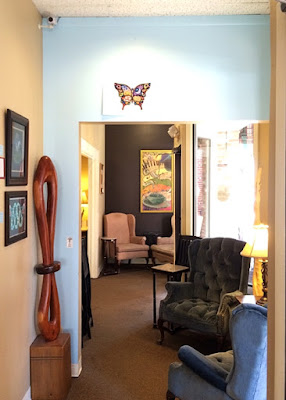 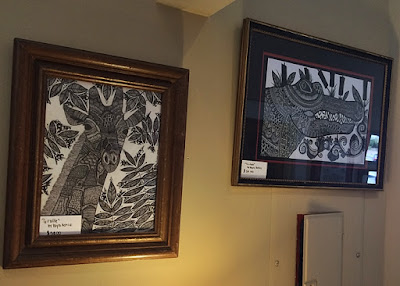 On each subsequent visit, there were updates to the narrative. On one occasion, I noticed a flyer which detailed their upcoming (and regularly held, as it turns out) live music performances. Next time around, I saw the cafe had jumped on the nitro coffee bandwagon; their version turned out to be as tasty as any in the region. In-house roasted coffee beans turned out to be the next development on subsequent call for coffee at Java Central, joining a teeming group of very good local coffee roasters. 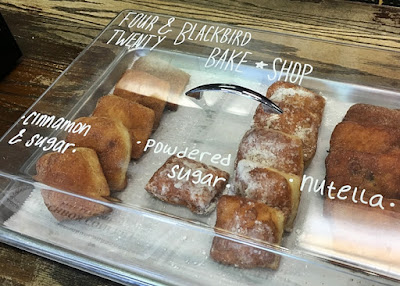 Again, our last visit didn't disappoint in terms of new additions - their modest food offerings, already including gluten-free offerings from Food For Good Thought, were enhanced by the delicious hand pies and other sweets from one of our favorites in the Four and Twenty Blackbird Bakeshop, which also operates the Early Bird food trailer.

Thankfully, there were a couple of things that never changed on any of our visits: the friendly service and low-key atmosphere. 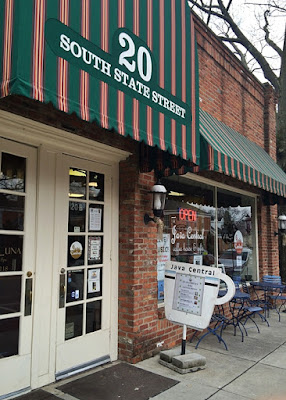 Java Central will almost assuredly fly under the radar in terms of word-of-mouth when compared to many of this metro's great coffee purveyors. But visitors to the Uptown district of Westerville and locals alike should rest assured that their caffeination salvation is in good hands with this little cafe.