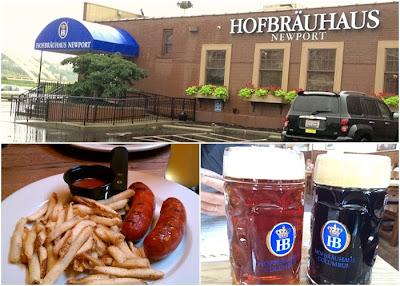 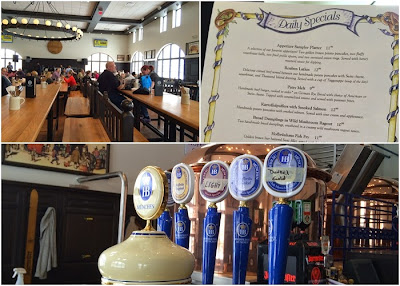 There is no doubt that the original Hofbräuhaus, located in Munich, Germany, has seen its share of and played its own role in the history of Germany. But no matter what the politics or world crises that has surrounded this brewpub, it has been the beer, brewed by standards dictated by the Bavarian Beer Purity Law of 1516, that has been the unifying factor for the millions that have paid this institution a visit since its founding in 1589.

The fame of the original Hofbräuhaus grew to international proportions after World War II, as soldiers returning from the battlefields sported mugs with their logo, dignitaries from various countries dropped by to be seen and/or have a brew, and the location became a tourist destination for anyone visiting Munich. This popularity led to the establishment of numerous branches of the brewery worldwide, starting within Germany itself and later spreading within Europe. The first non-European branch was established in Australia in 1968; the United States branches started in 2003 with the Hofbräuhaus in Newport, KY, which lies within the greater Cincinnati metro area (as of now, the closest establishment to my old home area current lies in Sin City aka Las Vegas, NV.)

My first journey to Ohio was focused mainly in the Cincinnati area, and the Hofbräuhaus in Newport was the ultimate reward for my friends and I after running double-digit miles in the Queen City's well-run and popular (with runners and locals alike) Flying Pig Marathon.

My travels since have now taken me to the other two Hofbräuhausen located in the Ohio area (Cleveland and Columbus) and the formula that I found at the Newport location is pretty much the same at the other two. These establishments all sport a large-sized hall with bench-style seating, serve traditional Bavarian-styled beer in large or super-large steins, provide diners with large-portioned/average-tasting German food dishes (Schmidt's in Columbus rates a notch higher cuisine-wise in my book) and offer up energetic German polka-style music.

While the general formula is the same, all three Ohio-area outposts sport some aspects that are unique to each location. The Newport location is not only the oldest of the three but also sports the largest interior space. Cleveland's Hofbräuhaus is conveniently located next to Playhouse Square, providing patrons of that establishment a chance a more flamboyant option to grab a cold brew before and/or after a show. Finally, the Columbus version offers the option of a quieter upstairs area to diners who don't care to be inundated with the loud clamor of music, clapping, dancing and general conversation.

As alluded in the German phrase used in the post title, three times has been the charm for Hofbräuhaus in regard to Ohio. But in some ways, three may not be the optimal number in terms of the average diner gaining the most from perhaps one of the world's original brewpubs. The general Hofbräuhaus atmosphere combined with decent (not great) food and solidly tasty beer really is truly best appreciated by people who are looking for camaraderie, itching for conversation and sporting a willingness to let their hair down a bit. Those descriptors generally are found with larger groups of people, whether it be family celebrations, end-of-the-week worker gatherings, or post-event athletic event assemblies (e.g. tired Flying Pig Marathon runners looking for replenishment.) The notion of having fun cuts across all cultures, and Hofbräuhaus can most certainly perform that task quite easily, provided you have the right attitude. A willingness to look silly flailing to oompah rhythms won't hurt either.
Hofbräuhaus - Cincinnati/Northern KY
200 E 3rd St
Newport, KY 41071
(859) 491-7200
Facebook     Twitter     Website