Where The Weather is Wacky and the Forecasts Don't Matter

I've been in the Midwest long enough to get the joke about Ohio (and other surrounding states) having eleven or twelve seasons rather than the traditional four.

This year proved to be no different, starting off with a (way) early Spring in early January, which was quickly displaced by brief spell of Polar Vortex, and then followed by an elongated period of the "Big Snow coming - psych!" season, where seeming promising big snow days were turned into groan-inducing "mixed precipitation" slushfests.

Winter hung around like a drunken sailor late March well into May, never allowing Spring to gain a solid foothold and keeping the soils exceedingly soggy - I recall I didn't get a chance to mow the well overgrown back yard until just before Memorial Day.

Visions of Noah and his ark came to many in June, when deluge-type rains threatened to drastically cut into the state's prized corn crop and overwhelmed quite a few basements.  Then, a not overly hot but often humid summer season took over, drying things to the point where some parts of the state reside in mild drought status. Despite a few head fakes from the Autumn season, this has remained the status quo into October, so much so that some folks are wishing Summer completely away. If all the forecasts are correct, those cooler vibes will have arrived to this region the same day this blog post was published. 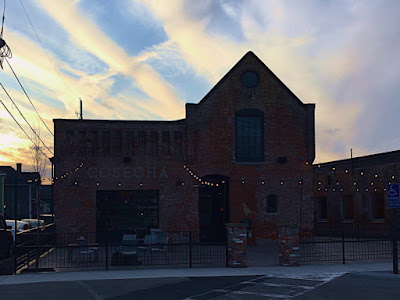 With the arrival of the Fall season, patio dining season (one of my favorite unofficial seasons every year) will officially be on a short leash. While the concept of the patio dates back to 15th century Spain, the idea of patio/outdoor dining in this country probably originated on Coney Island with a German immigrant/restaurateur named Charles Feltman.

Originally a seller of pies, he took his experience with the biergarten from his homeland and ended up throwing sausage in bread, inventing the hot dog in the process. At his peak in the 1920s, Feltman owned nine restaurants and numerous other adult amusements (including rides, a dance ballroom, a theater, and a beer garden) almost all exclusively outdoors and all with plenty of outdoor seating.  Interestingly enough, it was former employee Nathan Handwerker (yes, of "Famous Hog Dog" fame) that led to Feltman's demise by setting up his own eateries which mimicked his old boss's eateries, but with cheaper priced hot dogs. 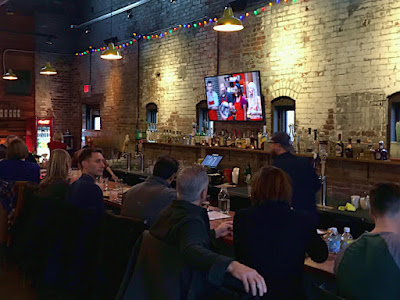 Cosecha, opened by Silas Caeton in early 2017 in the still-evolving Italian Village neighborhood, most definitely does not serve hot dogs, but their Mexican-inspired eats are delicious in their own right, and they do sport one of the better outdoor dining patios in the city.

The interior, a former dairy barn, is actually pretty cool in its own right and a fine place to enjoy a cocktail and some of the restaurant's tapas plates, like the House Tamale (Carnitas, in this case) and Grilled Lamb Tenderloin (with Pistachio Mole, Pickled Shallots Radish and Fried Mint. The Octopus small plate dish impressed us the first time and was a repeat order on subsequent visits. 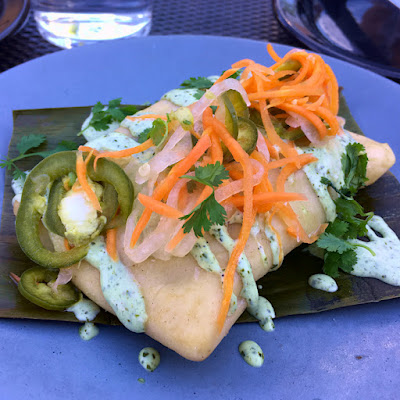 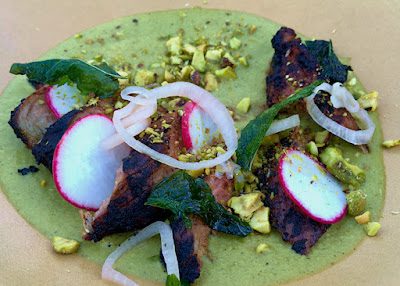 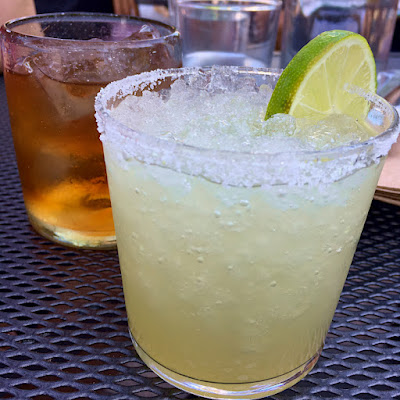 The restaurant received some unexpected and welcome publicity when well known food personality Alton Brown fell in love with their salsa, and declared it as the best he ever had on the Food Network's show "Best Thing I Ever Ate."

One might have been worried when Silas Caeton moved on in August 2018 to help establish another quite successful eatery with the Short North-located The Lox Bagel Shop, with its well-received house-made bagels and other scratch ingredients. However, it seems like Chef Felix Rodriguez has taken over the reins quite nicely as well, with nicely-sized crowds and more tasty small plates (something that has become a preferred dining choice lately for us) on post-changeover visits.

Italian Village has more than its fair share of nice dining patios, with Gore Made Pizza, Fox in the Snow, and Seventh Son joining Cosecha in this stellar group.  With temps slated to be in the 70s for the next week, I'd say this is the optimal time to head to Cosecha and similar places for some final outdoor eating pleasures. Just look back to last year, when Old Man Winter teased us with highs in the thirties by the last week of October and brought the Fire Pit Season fully into the picture. 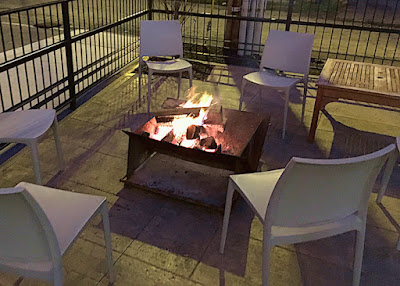