Taking it To The Street (Taco)

Maybe it’s just me, but my experiences with the old school, traditional Mexican Taco Truck can be summed up thus:

As time has marched forward since my move to Ohio, I've collected a lot of photos and notes on a fair number of the area's taco trucks. This is by no means definitive or even close to a sampling of every truck that's out there, but I figured it was time to wipe the plate clean, so to speak, and knock out a blog post on what I've found.

My first foodie-style venture I actually wrote about was indeed a taco truck crawl, roughly a dozen or so years ago. Traveling through Vallejo, a traditionally blue-collar town centered around its Naval submarine shipyard, taco trucks are a perfect fit for the area. Based on my samplings, the trucks here averaged higher than those you might find in other more well known cities in the Bay Area (more on that below.) In fact, continual good experiences with taco trucks throughout the area influenced one of my food choices on my first visit into Columbus in 2007. 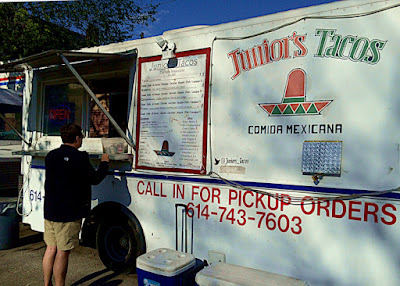 2007 for me meant Columbus’s village names held no reference: you could’ve told me a taco truck was in Merion or Victorian or Italian Village and I might’ve assumed they geographically nestled right next to each other. But I saw Junior’s Tacos (typically parked near Victorian Village) was mentioned in Yelp, and I figured even if everything else sucked food wise in Columbus, I was fairly confident that a genuine taco truck would not.

Interesting thing that fateful day: Junior’s was nowhere to be found that day. In fact, that meeting would take place a decade later, and it mirrored trying my first notable San Francisco taco truck (El Tonayense): the tacos were solid, but I had better in other cities in the area like Vallejo and Oakland.
Another taco truck that ranked in that same solid but nothing spectacular range was Xochimilco Taqueria, a truck stationed at Lev's Pawn Shop along Morse Road. However, based on this vintage Taco Trucks Columbus post, straying from the basic fillings might be the tastier option here. 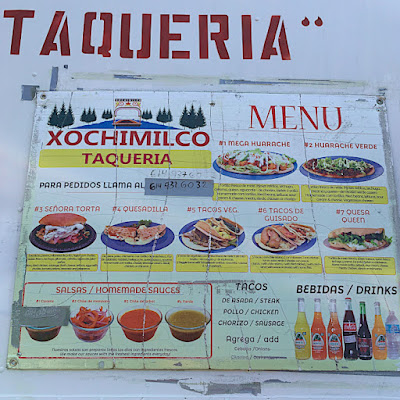 Despite the failure to link up with Junior's in 2007, I found my taco goodness just a couple blocks away. The nearby Las Maravillas Market sported a taco stand (most likely, run by the market’s owners themselves back then) and the tacos were quite delicious. Los Primos, the latest tenant (Taco Davanne had preceded them) sports a vehicle that seems incapable of completing one loop of the I-270 Beltway. The tacos are more compact in size than some, but their double-layered (always a bonus for me) and a nicely spicy chorizo proved to be a standout. 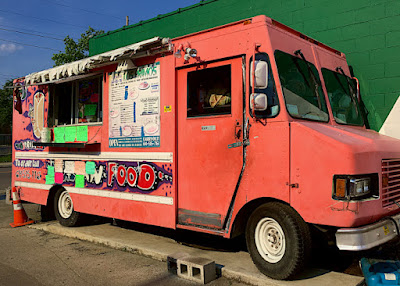 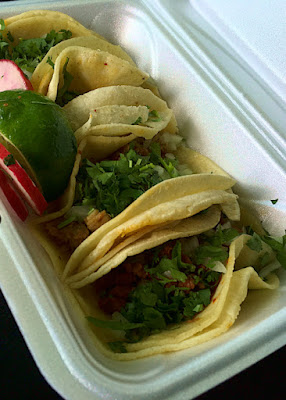 Tacos Los Primos lands into that next category up for me: taco trucks with one standout taco in an otherwise average-to-good array of options. Clintonville's Los Agavez, camped out in the Super Food Mart Convenience Store parking lot), also qualifies here, with a pastor that ranks above many others I have had. 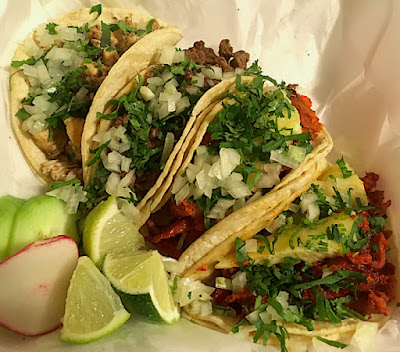 Meanwhile, the Barbacoa from Dos Hermanos's is my favorite taco from these local favorites. Unlike most of the other trucks on this post, Dos Hermanos rotates its locations every week.
\ 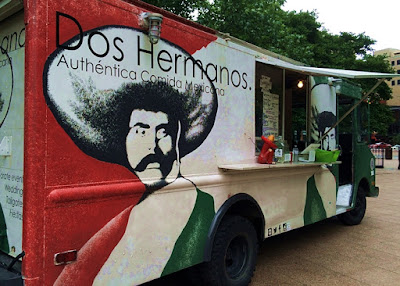 If you're new to the scene or want to explore this world, the Taco Truck Tour from Columbus Food Adventures is a wonderful way to dive in. On a recent trip to the west side of Columbus, I learned that a truck known for their Tlayudas (essentially, a Mexican pizza), Taqueria San Angel, had been replaced by Las Costeñas. 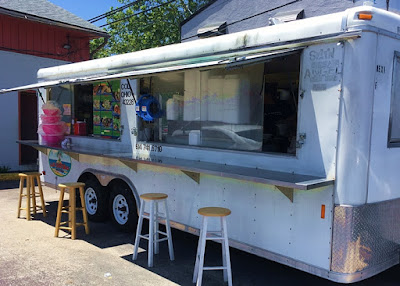 While many of the same items which dotted Taqueria San Angel's menu were also on the menu of Las Costeñas, my appetite wasn't quite up to a full $13 Tlayuda, so I decided to try their tacos. In a bit of a surprise, the Carne Asada starred here, accentuated by a couple of kicky-salsas and some tortillas which seemed to be homemade due to their texture (they also did not fall apart either, one thing I worry about with versions using single tortillas.) 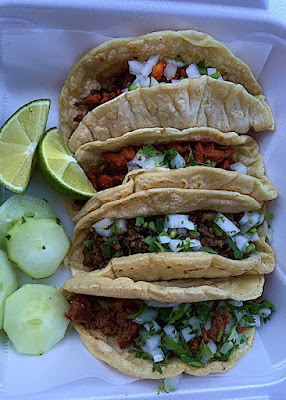 La Poblanita, parked out on Indianola Avenue in Clintonville across from the Marzetti plant, marks another higher level, where everything I've tried ranks as good or better. In a weird way, we pass by this one so much in our travels we tend to ignore it, until we get it in our head that they're both close,  really really tasty, and hadn't visited in awhile. 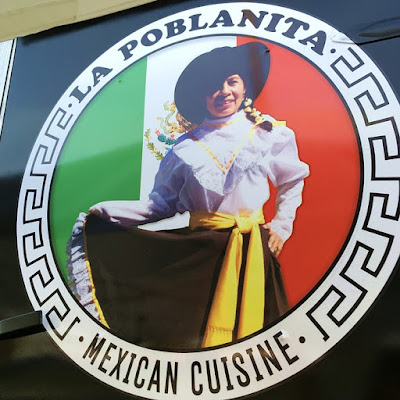 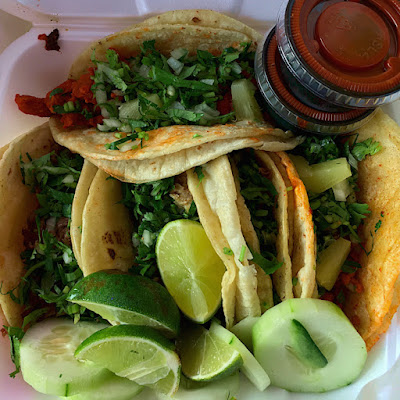 The king of food trucks in this area in my mind, until I discover otherwise, is the original Los Guachos, a Westside food truck that has since expanded into three brick-and-mortars and national acclaim.  While the brick-and-mortars are far more convenient to where we live, grabbing a taco from the original location just adds a little more zing to equation, even if that zing is strictly mental perception at this point. The unique soy sauce, habanero and red onion mixture also still ranks as one of my favorite taco accompaniments ever. 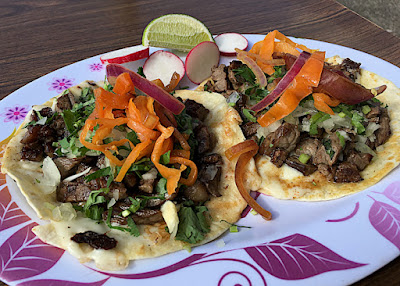 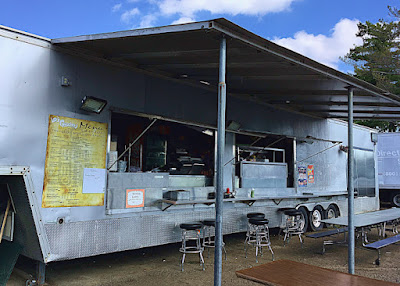 If nothing else, my zest to explore more of the area's taco truck scene has multiplied noticeably after  after watching a few episodes of the newly released Netflix series "Las Crónicas del Taco" aka "The Taco Chronicles," Focusing in more on the depth and breadth of taco culture in Mexico, the series offers a multiplicity of perspectives and locales, beautiful visuals, various culinary experts, and the taqueros themselves explaining what makes their creations so special.

Add in the unusual narrative tack essentially giving each of the featured varieties (pastor, carnitas, and four others) a personality, and you have a multi-faceted sensual feast that can only be satiated seemingly by getting off your duff to find the nearest taco truck. One of the show's narratives (translated from the Spanish language) for the pastor taco, my personal favorite of all taco varieties, acts as a perfect mantra for anyone before seeking out some taco truck treasures...


"What do you see? No, my friends
You're not only seeing
perfectly golden pork meat
or a tortilla with the perfect softness.
This is the perfect balance of sweet and savory.
Badass flavor!
You are seeing the only one
that will not let you down.
The taco that cares for you
A tried and true friend."

Featured Taco Trucks
(All are located within Columbus, Ohio)