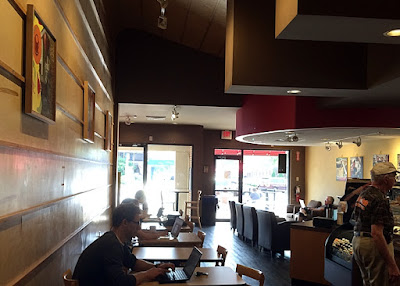 Crimson Cup, along with the Stauf's/Cup O Joe conglomeration, make up Columbus' old-school new era roasters. Established in 1991 by Greg Ubert, a graduate of Harvard (the company's name is a nod to his alma mater,) the company had established a national portfolio (per this Daily Coffee News article, they are the coffee supplier for several hundred cafes in 30 states as of the start of 2016) prior to opening up their first company-owned store in 2007 in Clintonville, which is co-located with a branch of CME Federal Credit Union.

For us, our breakthrough drink here for both of us here came with something that isn't terribly well advertised: their New Orleans Iced Coffee provides a big chicory punch with just enough sweetness to make this a thoroughly satisfying wake yourself up drink. Matched up with the usual assortment of lattes, pour-overs and freezes, both Kyoto and traditional iced coffees, baked options from places like gluten-free specialist Eban's and Clintonville's beloved Pattycake Bakery, and all of Crimson Cup's bean offerings, and you have a pretty nice hangout for the locals. 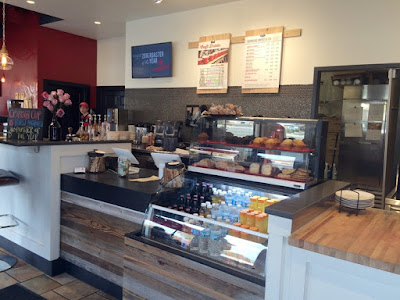 For a company that has grown at a fairly steady rate over the years, late 2015 and 2016 has been a whirlwind by comparison. The first in the line of events took place when they took over the old Caribou/Peet's coffee location in Upper Arlington at Lane and Northwest.

Unlike their Clintonville location, this location goes beyond the standard coffee shop model by adding a test kitchen of sorts, which allows the company to get public input on the latest in coffee technology and preparation. Some aspects like their nitro coffee bar (which gives their cold brew preparations a smooth, rich mouthfeel) are complete winners in my book, while other efforts are not (the coffee lemonade we first tried this summer was not to our tastes.)  But that is what a test kitchen is all about, and I look forward to what Crimson Cup might have there in the future. 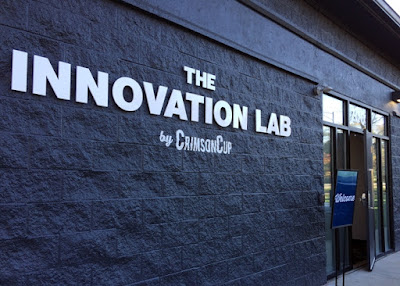 Furthering the educational mission of Crimson Cup is their Innovation Lab, which opened up early in 2016 along Alum Creek between Columbus and Bexley.  Built to various Specialty Coffee Association of America (SCAA) standards, this space offers an integrated coffee training, education and processing space that, according to the company's website, offers "both consumers and coffee professionals to learn about what goes into a great cup of coffee," 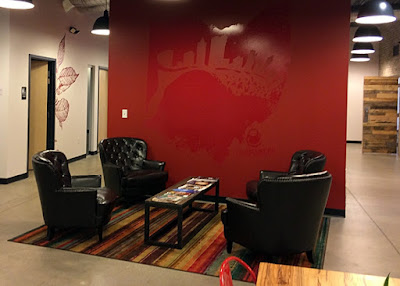 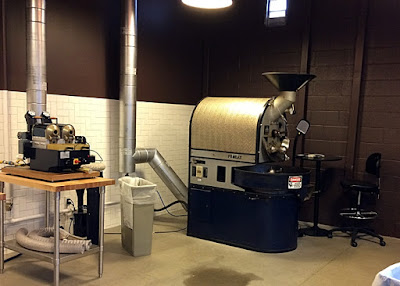 If you are a coffee aficionado, it is more than worth it to stop by The Innovation Lab during a public open house and take a tour around, as we did not too long ago. Crimson Cup's facility is indeed quite impressive, and it's one of many signs of the vibrancy of Columbus' coffee scene. Perhaps it shouldn't be too surprising that the company was named 2016 Macro Roaster of the Year by Roast Magazine. 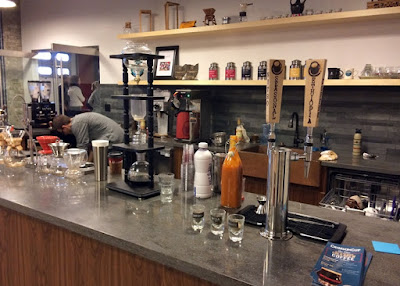 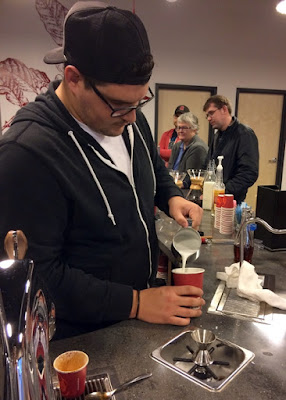