Released in concert with the first ever Columbus Craft Beer Week, the Columbus Ale Trail passport sported twenty area breweries. Passport holders could take their passports to these breweries to earn a stamp.  Prizes were available depending on the stamps obtained: four stamps could be redeemed for an ale trail pint glass, while completing the circuit of twenty earned that individual a branded T-shirt. An initial run of 10,000 passports was printed, but as ale trail organizers like Jim Ellison pleasingly found out, that was not nearly enough, and another 20,000 were printed.

Ellison, co-organizer of the Columbus Ale Trail and co-owner of local craft-brewery tour company Columbus Brew Adventures, updated me on the results from that very first successful year. Over 1,200 people visited enough breweries (four was the minimum) to earn pint glasses, while over 600 passports, with stamps from all 20 participating breweries, were redeemed for that top level t-shirt prize.

The thrill of the pursuit was no doubt heightened by social media: the Columbus Ale Trail's Instagram account at @cbusaletrail featured folks who completed the circuit happily holding up their T-shirts, including the very first finishers, who blitzed through the entire ale trail within 24 hours of the passport's release (the related Instagram post notes they drove over 200 miles to complete the feat.)

It was almost a given that the Trail would have a second run and, indeed, it came back bigger and better, with 28 participating breweries and an initial printing of 35,000 passports. Released again with the launch of the now second annual Columbus Craft Beer Week, this version of the Columbus Ale Trail featured a fairly snazzy incentive for completing the entire circuit - a special card deck emblazoned with the logos of participating breweries and ale trail sponsors.

With six months gone in this year's version of the ale trail, Ellison also updated me on how the current year's rendition was doing. Even with the increased number of breweries, the redemption rate has been fairly steady, noted Ellison. To date, several hundred individuals have earned pint glasses with one hundred completing the entire circuit of participating breweries for the card deck.  Ellison added that during this go around, the first completed passport was turned in 10 days after the passport's release.

Ellison finished up with good news for Ale Trail fans (we definitely fall into that category: my spouse and I are eagerly finishing out passports for that card deck), noting that a new edition of the passport is in the works. Final details are still being worked out, but Ellison said one can look forward to roughly 35 participating breweries and a release again coordinated with the start of the Third Annual Columbus Craft Beer Week, currently slated for May 12 - May 20, 2017. 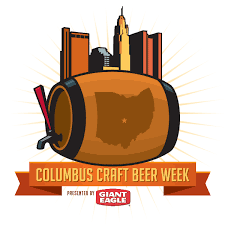 So What Else Might Be Out There?
Our experience with the Columbus Ale Trail Passport, added with what I believe to be a fairly unique completion incentive, got me personally to wondering: what do other areas of the country offer with their version of the concept? My next post will take a little dive into what might be out there.