I must say, these food-meets-music playlist have all played off the various food themes from last week's chocolate to holidays to "dumpster fire" foods to local neighborhoods have been very fun for me, and in many ways it's the perfect intersection of two things that have been my main pathways of exploration the past several years.
However, one theme that hadn't occurred to me until it was pointed out to me (and I thank Bethia of Columbus Food Adventures for doing so) was the very obvious intersection of music business and food ventures.  Some of the ventures familiar to many include Sammy Hagar and his Cabo Wabo Cantina, Jimmy Buffett's Margaritaville, and the Wahlberg Brothers and their Wahlburger fast food chain.
In many ways, this diversification works on both the celebrity and the local level.  For the celebrity (musician or otherwise) restaurant owner, it offers exposure to the public in another multi-billion dollar industry. For those whose fame is more locally based, there's a sense of community ties as well as an added source of income (this article from Inside Hook has a nice perspective on this side of things.)
Interestingly, if I had just known a little more about the local music scene, I could've had even had a Columbus-based band represent in the Italian Village playlist I released not too long ago. So I figured this would be the perfect week for hitting on that theme for this week's playlist, with a perfect split of local Columbus flair blended with some familiar (but not TOO familiar) musicians and their ties to this intersection of food and music.
1) "Breaking The Law" - Judas Priest: No, Rob Halford and his gang have no ties to Columbus that I know of (other than their 1982 concert at the Ohio Center and their 2002 concert at The Newport); this cut, from their "Screaming For Vengeance" album, is one of their most durable. However, if you drop into Merion Village into Geordie's Restaurant, you can sample the British-styled eats of Chef Glen Hall-Jones, a Northeast England native who has catered for Judas Priest and other notable musical acts like Paul McCartney, The Rolling Stones, and The Killers.
2) "Rapper's Ball" - E-40, Too $short, K-Ci & Jojo: Born as Earl Stevens, Vallejo, California's E-40 has proven to be one of the most prolific West Coast hip hop artists, collaborating in (such as this 1996 jam with Oakland's Too $hort and R&B duo K-Ci & Jojo) and/or releasing nearly 30 albums since his 1993 debut album "Federal". E-40 has been busy on the restaurant front as well, putting his name on a few Fatburger and later Wing Stop franchises, a wine and malt liquor line, and a share of The Lumpia Company (unsurprising, with his hometown sporting a large Filipino population and Filipino eateries.)
3) "Little Rock" - Los Gravediggers: The song that really should've made the Italian Village playlist a couple weeks ago. As it turns out, Los Gravediggers is the creation of Little Rock Bar's owner Quinn Fallon, originally as a way to continue his outlaw country music leanings after the breakup of his former band, the X-Rated Cowboys.
4) "Rydeen" - Yellow Magic Orchestra: Perhaps the most unique mashing of restaurant and musician on the list, renowned Japanese composer Ryuichi Sakamoto loved everything about his favorite New York restaurant Kajitsu (sadly, closed due to the pandemic) except the background music, which he thought was awful.  He asked to speak to the chef and offered free of charge to curate a background music list for the restaurant, an offer which the restaurant gladly accepted. Sakamoto got his start in the 1970s with the Yellow Magic Orchestra, which proved influential in the development of techno-pop; "Rydeen" is from their best-selling 1979 album "Solid State Survivor." 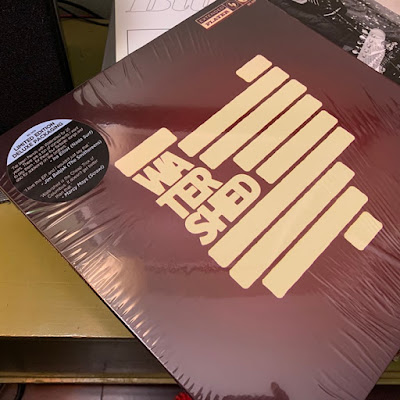 5) "Bleeding on the Blank Page" - Watershed: If your travels take you into Upper Arlington, you can get yourself caffeinated at Colin's Coffee, owned by Colin Gawel. And depending on the night, you might be able to catch Colin performing locally solo or with any number of his bands, such as the League Bowlers, the Dead Schembechlers, The Lonely Bones, and Watershed, which has been cranking out music since their debut in 1994.  This track, released on the 2020 EP "Extended Player", shows that the band is still kicking out the jams even now.
6) "Mi Tierra" - Gloria Estefan: Starting with the band the Miami Latin Boys (later the Miami Sound Machine), the Cuban-American Estefan hit it big in 1985 with the infectious "Conga" and hasn't looked back since. Even a serious car accident which fractured her spine couldn't hold her back, as evidenced by the selected tune from the 1993 album of the same name. Released three years after her accident, the album earned her three number one hits on the Latin chart and a Grammy award for Best Tropical Latin Album.  Estefan has diversified her ventures since, including a couple of Cuban-themed restaurants in Bongos Cuban Cafe and Larios On The Beach. 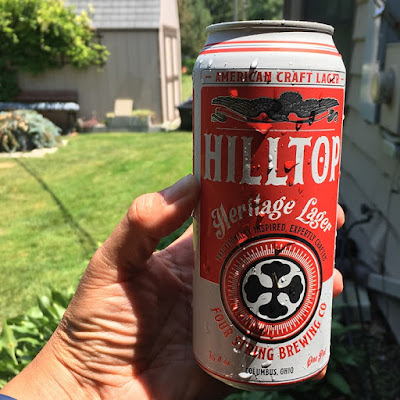 7) "8 Miles Down" - Big Back Forty: While Big Back Forty turned out to be a brief blip on the alt-country scene, their lone album proved to be a worthy one-and-done, appealing blending country sounds with 70's hard rock rhythms. Bassist Dan Cochran, who joined the band when they started touring, ended up playing with a number of Columbus musical acts before venturing into the craft beer world by opening up Four String Brewing in 2011, and later acting as brand ambassador for Hilltop Lager, which was broken out as a separate venture when Four String closed its doors in 2018.
8) "Go (Radio Edit)" - Moby: Perhaps it's unsurprising that the New York-born DJ/music artist Moby, a noted vegan and animal rights activist, would venture into opening a vegan restaurant.  And indeed, that's what happened in November 2015, when Little Pine opened up in the Silver Lake area of Los Angeles as a way to generate funds for various animal rights causes.  The restaurant's closing due to the COVID pandemic in early 2020 led to a bit of controversy for the artist as the eatery's employees felt they were left high and dry, but thankfully new investors took over operations in the summer. The featured track here proved to be Moby's first big hit, reaching the Top Ten in the UK after its release in March, 1991. 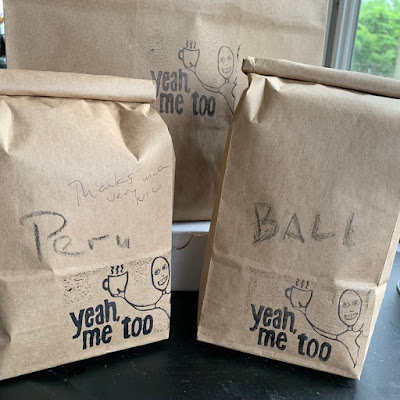 9) "Yeah Me Too" - Gaunt: Perhaps the most unique coffee shop in Columbus (as noted in this previous blogpost), Yeah Me Too is run by Jovan Karcic, a former drummer for a number of bands considered local legends in The Haynes Boys, Scrawl, Burn Barrel, and Gaunt. Karcic is still active as a solo artist, but it is the title of Gaunt's 1995 release which provides the titular inspiration for the coffee shop itself.  The coffee shop has began to operate again after being temporarily closed due to the pandemic; even if you can't make it in, you can order some of his house-roasted beans through their website (and if you're lucky enough to live close by, get it delivered to your doorstep for free.)
10) "Milkshake" - Kelis: there aren't too many musicians that claim to be graduates of the Le Cordon Bleu culinary school, but Kelis Rogers is perhaps the most prominent of that select group, graduating in 2008. Her love of cooking gained from her school education led to a couple of cookbooks, a line of sauces, and a couple of TV series appearances. Unsurprisingly, perhaps, her biggest hit is also food-themed, as the rollicking "Milkshake" reached number three on the Billboard charts in 2003 and was featured in a number of television ads. 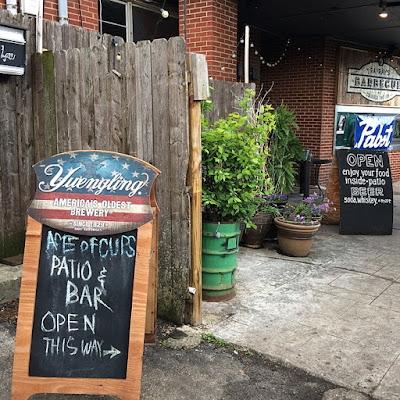 11) "Prize" - Scrawl: Columbus's Ace of Cups has been a live music anchor for many years now; the pandemic hit this Old North institution as hard as any business, and might've gone under if it weren't for the efforts of owner/former Scrawl lead singer & guitarist Marcy Mays (the bar has recently changed hands, as noted in this Columbus Alive article, ensuring that Ace of Cups will continue as a music venue into the future.) Scrawl in many ways was a bit before their time, emerging a few years before the so-called riot grrl movement gained prominence, but their music is more than worth delving into, such as this cut from their 1993 album "Velvet Hammer."
12) "Catch You on the Rebound" - Cota: Danny Trejo has carved out a bigger career than he might have seen for himself after working as a construction foreman and being in and out of prison as a younger man.  Besides being one of the more recognizable actors in a variety of television and movie roles, Trejo has opened up his own restaurant chain (Trejo's Tacos) as well as his own music label: this song is off his label's first release, "Chicano Soul Shop, Vol. 1." 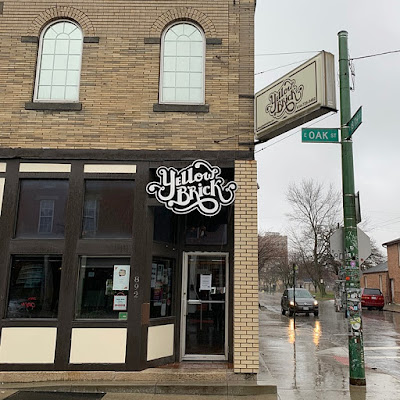 13) "Trance Figure" - Brainbow: Olde Towne East's Yellow Brick Pizza resides in that vast ground between genuine Columbus old-time pizza join and brand spanking newcomer, but it is as much a destination place as any of them, with their creative pies (including their take on a Chicago deep-dish, gifted to them by the former Tristano's Pizza of Grove City.)  Co-owner Bobby Silver has also made his name in several local bands, including Nick Tolford & Company and Brainbow; the selected track is perhaps the most abbreviated one in two albums' worth of generally slow-building sonic epics.
14) "Fever" - The Black Keys: We end this list staying in the state of Ohio with Akron-based The Black Keys (the duo of Dan Auerbach and Patrick Carney) who started recording at the start of the millennium and really hit their commercial stride a decade later starting with their sixth album "Brothers." "Fever" was the first single off their 2014 album "Turn Blue."  As for the food connection, Auerbach grew especially fond of the city of Nashville, TN; he eventually relocated to Music City and partnered up to open up Barista Parlor, which now sports two locations.
Posted by Joe