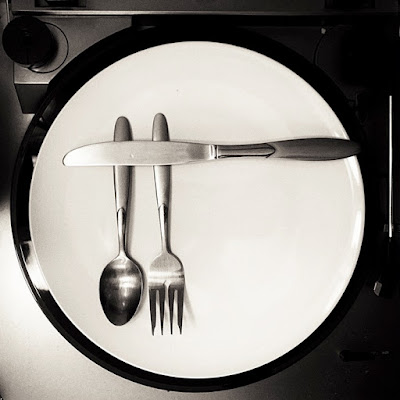 Like many, I've put in my share of telework hours from home in this year of COVID.  One of the bonus aspects of this time has been the ample opportunities to listen to both a myriad of podcasts as well as music.  I debated whether to subscribe to Spotify for the longest time, but never have I been so happy to have made that decision as I have the past several months.

It struck me during one otherwise insignificant workday that, despite the lack of usual topics to blog about, there was an opportunity to expand on a topic that I have on occasion blogged about: music. But my mind on this day went one step further: why not intersect the two fields? There's plenty of music about food, and Spotify is as good a source to figure out what's out there.

So thus, my first ever Weekly Music Platter: random swaths of music about food that will be posted every or every other Friday for as long as I feel up to it, a rhythmic way to pass away about 15-20 minutes of your time to explore both the wide world of food and music in easily digestible segments.

1) "Starfish & Coffee" - Prince: The estate of the late great Prince has been slowly but surely releasing materials from the artist's substantial vault of unreleased material, to the joy of many of His Royal Badness's ardent fans.  His seminal 1987 album "Sign O' The Times" is the latest release, featuring a number of options (including a everything but the kitchen sink 13 LP + 1 DVD set at $300) and home of this album favorite, which features everything that one could want for breakfast, including maple syrup, butterscotch clouds, tangerine, and a side order of ham.
2) "Kimchi Crisis" - Tsuruda: I actually walked into this while venturing into a local Korean store near my house. Unlike your standard supermarket, where toilet paper and disinfectant supplies were either in short supply or out of stock, this store was completely wiped out of its Kimchi jars. This particular spoonful of fermented house beats come from the DJ's 2019 "Fubar" EP.
3) "Hoecake Fritters" - The Del McCoury Band: the Del McCoury Band puts a decidedly bluegrass take on this and other unreleased Woody Guthrie songs on their 2016 album. This album continues Nora Guthrie's efforts to get her father's unreleased songs into the spotlight, most famously with the Billy Bragg/Wilco collaborations.
4) "Currywurst" - Herbert Grönemeyer: invented by most accounts by Herta Heuwer in post-war Berlin in 1949, this decidedly fusion blend of curried ketchup and German sausage holds the same general classification of quick eats as the sliders of White Castle, or the Hash Browns at Waffle House. Based on the English translation I read, Grönemeyer has a love-hate-but-ultimately-love relation to this dish, stating "Comin' from night shift/Nothing better in the world then a/Currywurst" and "Then when you're really canned(?)/You'll be getting rather queasy/By currywurst"
5) "Beer and Lemonade" - The Salty Caramels: Columbus's own acoustic/all-female folk band is named for their favorite Jeni's Ice Cream ice cream flavor, but on this selection, their harmonies go down as easy as the shandy they sing about. Makes me wish it was still an early Fall day sitting in the sun with temps around 83 and a light breeze blowing through the air.
Posted by Joe